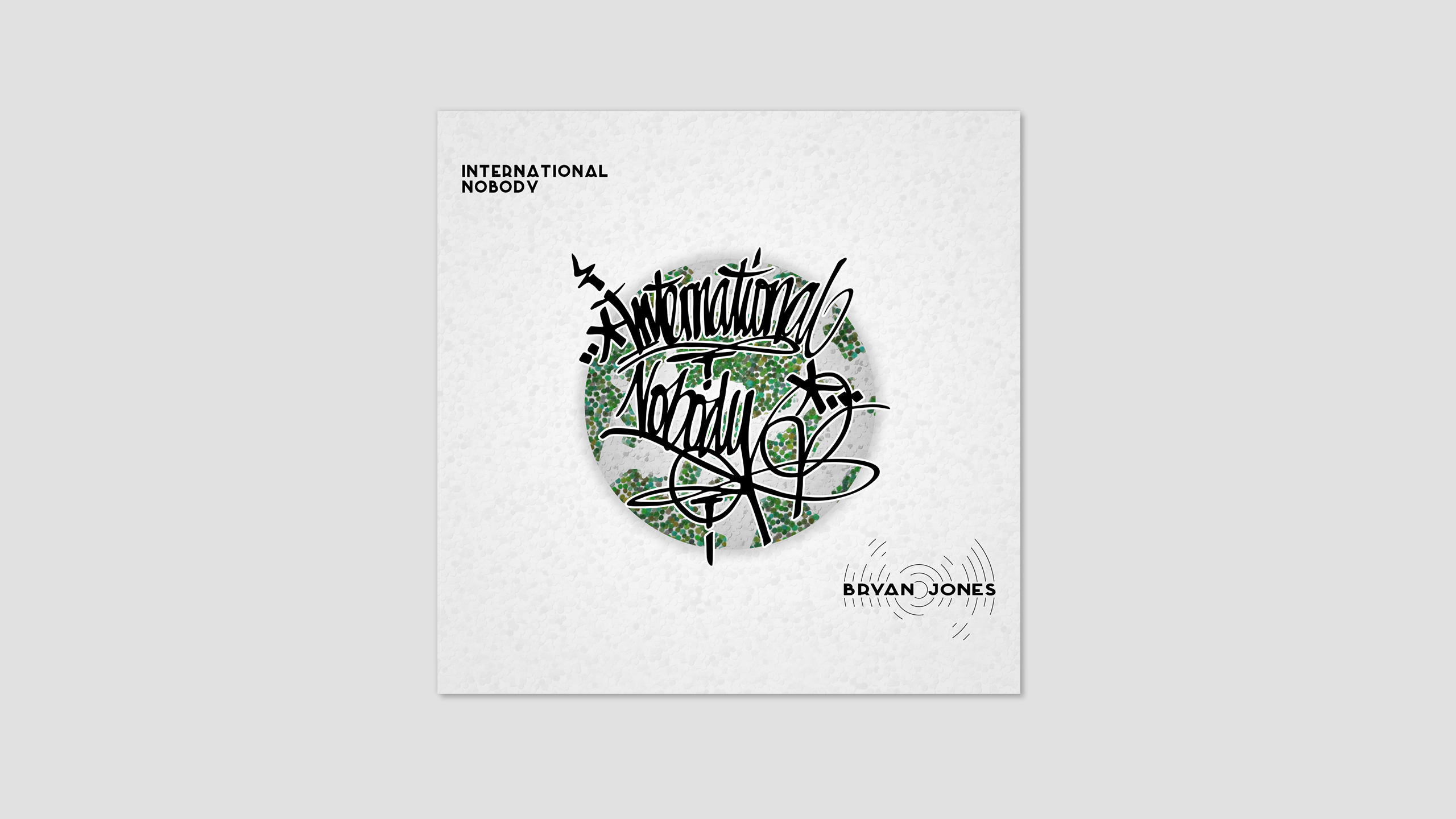 The title, International Nobody is represented by a pointism illustration of a question mark depicted as a continent adrift on a lone planet. The graffiti writing sits atop the shaded globe visual giving it an added feeling of movement. NextInternational Nobody — Official Video
Back to Design